All-Call for Board Members

On behalf of MU's Board of Directors, I'm writing this note today to ask you to consider joining the MU Board.

While the Board always welcomes interest from people with any background and expertise, at the moment we would especially welcome people with knowledge in the human resources, legal, and social media/marketing fields. Also, the Board continues to want to increase representation of members who have girls in the program.

What are the time commitments?

What is the Board's role?

Thank you for your consideration,
Nick Brown
President of the Board of Directors

How do I know when to make the transition, and how do the programs differ?

These are common questions that many soccer families inevitably face, and the fear of the unknown (traveling) can be daunting.

Here are the facts and a few tips to help you determine if your player, and your family, are ready to move from Rec to Traveling:

Which to play? It depends…

The summer "Rec" program is aimed at offering an experience that includes lots of game play, with light instruction, during the months of June and July, at a very reasonable cost. It’s a good introduction to the sport for the younger players and offers soccer in a concentrated, fun, and casual playing environment. MU's Rec coaches are current MU competitive players and parent volunteers. This gives the MU member families and alumni players a chance to get directly involved in sharing their love of the game with a new generation. Some of our older Rec players also enjoy being able to play the game they love with friends, on a set schedule, in a single neighborhood location (Pearl Park), which leaves more time for other summer activities with friends. MU Rec players do have additional training opportunities by way of the MU summer camps, as well as select winter Rec programs for younger players.

Now, if your young player is looking for a more competitive and structured soccer environment to advance their skills, or if your child takes their soccer ball everywhere and just can’t seem to get enough soccer, that’s a good sign they’re ready to transition to MU's competitive program. The program involves a short Fall season and a Spring/Summer season with a winter training program in between.  Accordingly, the cost of participating in the competitive program is greater, due in-part to the committed team of professional MU coaches and trainers assigned to guide players through their development. The locations for games and training will vary depending on the team assignment, and can include the greater metro area. This, along with the increased cost comprises the greatest difference between the two programs. There is a much greater emphasis on technical skills development in competitive, which best translates into later opportunities to play competitive soccer in high school and beyond. Many MU players go on to star at the state, regional, and even national level.

If you wish to learn more about these MU programs, please feel free to contact us via the club website. Be it Rec or Competitive, we hope to see you on the pitch this summer! 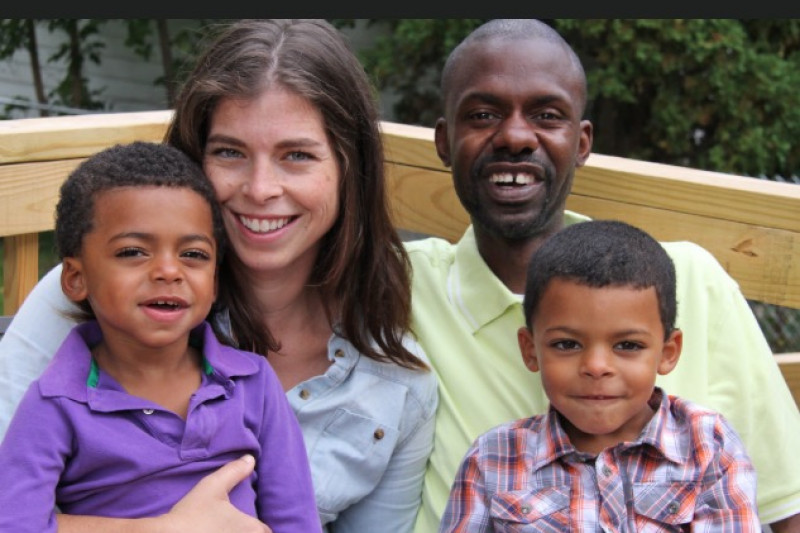 On 6/16/17 MU lost John Sylvester after a long struggle with ALS.  John, “Sly” to his friends, was appointed as the club’s first Girls Director of Coaching in 2008 and continued to coach until last year.  John worked with MU kids for more than 14 years.

To compound this tragedy, at the time of John’s death his wife, Tessie, mother of his 5 and 6-year old sons Gus and Freddy, was diagnosed with a very serious form of cancer.  Tessie is 36 years old.  Please consider donating to John’s family and sharing the link below with your social network and faith community.

John was a fundamental building block of the club.  He loved the game and all the kids whose lives he touched as a director, trainer, and coach.  From him, we learned how to be better athletes…and better human beings.  We will miss you, friend.

Message from President of the Board, Nick Brown

As we all continue to make adjustments in our lives, I, on behalf of Minneapolis United staff and Board of Directors, wanted to connect with everyone and tell you what we know as it relates to youth soccer, and give you an update on where things stand with our club.

My guess is I won't be able to answer all your questions or concerns, so please call, text or email me with any follow-up inquiries. I mean that sincerely.

Will there be a soccer season?

In short, we don't know yet. Although we are planning with an optimistic lens, we are also planning in the case of the season being cancelled.

Our teams play in two local leagues, Minnesota Youth Soccer Association (MYSA) and Twin Cities Soccer League (TCSL), and both leagues intend to follow the guidelines and restrictions put forth by the relevant national and local governments.

Why am I still paying core fees?

As of today, MU has not stopped collecting core fees from members. The majority of members pay core fees in installments; for most families, the most recent installment was drawn on March 15 and the final installment is scheduled to be drawn on May 15. Depending on what we know about any potential season come May 15, the club has the flexibility to keep, modify, or cancel, the final core fee draw.

The biggest variable here is, what will the summer season look like? The possible outcomes range from returning to play on June 1 and playing all the way through July, to not returning to play at all. Based on where that lands, MU will do its best to determine what refund is warranted.

To be clear: Members pay for a service. If that service cannot be provided, then MU will take financial action to remedy that and will be fair in doing so.

Why, and how, is MU continuing to pay its coaches and staff?

In the event of a cancelled or highly modified summer season and the Board of Directors determines to make the 2nd and 3rd installments of coach payments, those funds will come from MU's cash reserves and potentially from the CARES Act SBA loan, not membership Core Fees.

Know that MU’s Board of Directors continues to assess all of these moving parts and is taking great care to ensure that our members are treated fairly, our coaches and staff are valued, and our sound financial position is maintained.

Again, I encourage you to call, text or email me at any time. I can't promise that I'll have a quick answer, but I'll get you one.

On behalf of MU’s Board of Directors and Staff, thank you for being a part of MU.

As our city and country faces these unbelievably emotional and difficult times with the senseless murder of George Floyd, we acknowledge the strength of coming together as a community. As a club, we need to unite, embrace diversity, and cultivate equity among everyone. MU stands against racism and inequality. We are proud of our diversity and know it is a key strength of our community and the game of soccer. From players, to coaches, and parents, we ask that you be agents of change and positive examples in our community - on and off the field.  We ask that you speak out against racism and injustice. Do not remain silent. Although we still face a pandemic and are unable to spend time together as we normally would, do not forget to connect and support one another. Our members are impacted by recent events in a variety of ways. We want you to know that MU supports you and will continue to work toward eliminating racial disparities in youth soccer while progressing toward our vision of Soccer for the City. Together we have the power to make MU the safest and most welcoming community in Minneapolis.

Stay strong, stay vigilant, stay safe and if you need help or a sounding board, please reach out.